The Net Promoter Score (NPS) is used in Market Research and is the factor used to show a company’s success. 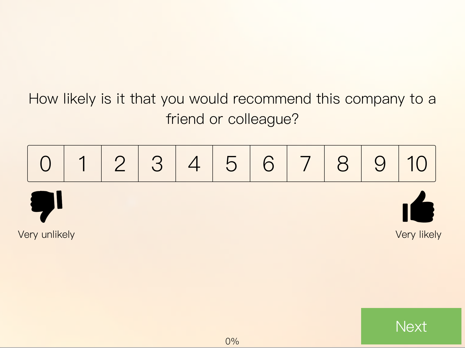 The question which is almost always used to gain this data is, “How likely is it that you would recommend this company/product/service to a friend or colleague?” The ends of the scale are labelled with “Very likely” and “Very unlikely” and the answers are given on the scale from 0 and 10. It is therefore not possible to change this wording and it will appear automatically if you choose to use an NPS question.

The Net Promoter Score is calculated as follows:

NPS in the Analysis section:

In the Analysis section, NPS results are shown as a gauge. In addition, using traffic light colours, it is easy to see the amount of enthusiasts/critics the company has.

NPS in the Overview section:

You can choose to display the NPS results in various ways on your dashboard.

2. As a benchmark line chart: 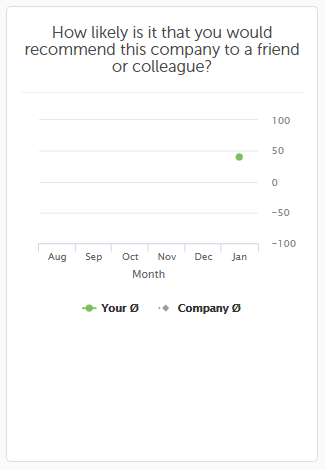 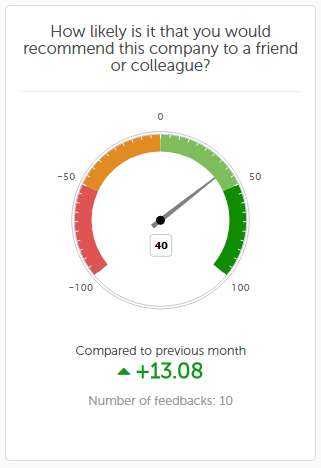 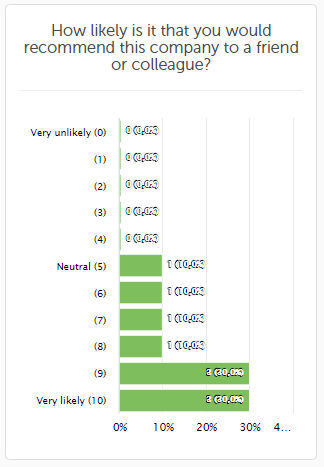